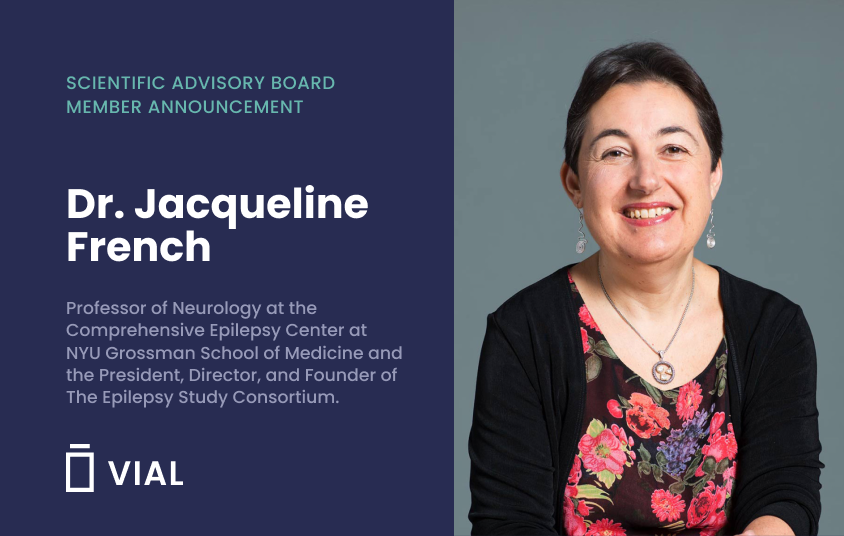 Dr. French is a professor of neurology at the NYU Grossman School of Medicine, co-director of epilepsy clinical trials for NYU Langone Health’s Comprehensive Epilepsy Center, and president, director, and founder of The Epilepsy Study Consortium. After receiving her medical education at Brown University, she completed a residency in neurology at Mount Sinai Hospital in New York. Thereafter, she pursued further training through a fellowship in EEG and epilepsy at Mount Sinai Hospital and Yale University.

Dr. French has over 30 years of experience in the neurology and epilepsy fields. Her research has focused on epilepsy treatment and the creation of new clinical trial designs. She has also been instrumental in creating treatment guidelines for the American Academy of Neurology (AAN) and the International League Against Epilepsy. Dr. French also serves as the Chief Medical and Innovation Officer of the Epilepsy Foundation and is a member of the editorial board for Neurology Today. Her dedication and contributions to developing new therapies for epilepsy have been recognized through several awards, including the Lennox and Service Awards from the American Epilepsy Society and the Epilepsy Foundation Hero Award.

“As we progress our Neurology CRO, now is the right time to augment the experts on our CNS SAB to support our evolution as a next-generation CRO powered by technology. We are pleased to welcome Dr. French as she is an esteemed leader in clinical neurology research,” said Simon Burns, CEO and Co-founder of Vial.

“Vial’s approach to clinical trials represents a promising path to treating diseases impacting millions of patients. I look forward to collaborating with a team on the cutting edge of reimagining clinical trials for drug discovery,” said Dr. French.

Vial promises to deliver faster, more efficient trials for biotech sponsors at up to 50% less cost. The Vial Neurology CRO distinguishes itself by leveraging digital technology, such as its Vial Technology Platform, which brings together eSource, EDC, and ePRO in one connected system to streamline site processes. These best-in-class CRO services will accelerate the development of new therapies and devices for neurology sponsors and patients.