5 Women That Have Paved the Way for Medical Research 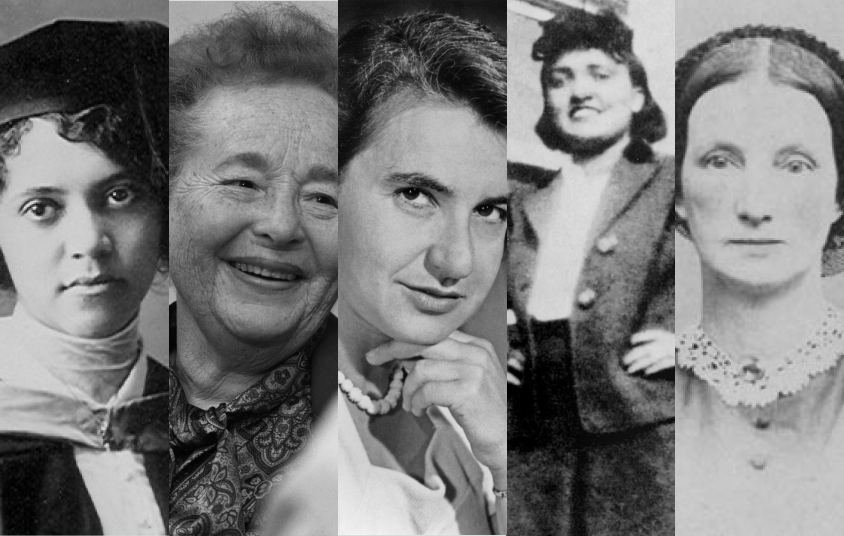 At Vial, we’re constantly inspired by the amazing medical research professionals that came before us. So many others effectively paved the way for exciting advancements, profoundly changing the landscape. In celebration of Women’s History Month, the team at Vial wanted to take a moment to highlight the accomplishments and contributions of some amazing women that fundamentally changed medical research for the better. Here are five women that were genuine pioneers in their fields.

Alice Ball – an African American researcher and chemist – developed the first successful treatment for Hansen’s Disease, also known as leprosy. At just 23 years old, she was not only the first woman to complete a Master’s of Science in Chemistry from the College of Hawaii, but she also secured a teaching and research position at the university.

During her research, she developed an injectable leprosy treatment that significantly alleviated the symptoms associated with the condition. The treatment was used on thousands of patients for around 30 years before the standard approach transitioned to sulfone drugs.

Sadly Ball passed away at 24, just before her research was formally published. Along with not seeing the full impact of her work personally, credit for her discovery was initially stolen by a male colleague. Fortunately, the record was later set straight when another medical professional, Dr. Harry Hollman, published a paper in 1922 giving her proper credit.

Gertrude Elion – a biochemist – was a pioneer in drug development. Instead of relying on the trial-and-error approach often used during the early to mid-20th century, Elion – alongside George Hitchings – worked to develop a rational and systematic approach to drug development. The strategy resulted in far more targeted methodologies.

The new approach promoted understanding the target of the drug as a means of making progress. Her efforts resulted in a range of pharmaceutical breakthroughs. Along with the development of AZT for AIDS treatment, she created the first immunosuppressive drug to prevent organ rejection in transplant patients.

In total, she played a role in developing treatments for a wide range of conditions, including leukemia, herpes, and more. In addition, along with her team, she secured a stunning 45 patents for her efforts.

Rosalind Franklin – a chemist – had a substantial impact on the fields of genetics and medicine. Discovering her passion for science at a young age, she began pursuing her career at just 15, ultimately graduating from Cambridge University.

During World War II, she changed her trajectory, forgoing a fellowship and serving as a London air raid warden. Then, as the war raged on, she put her skills to work studying coal as part of the war effort, information that she later used for her doctorate. Several years later, she headed to Paris and studied x-ray diffraction technology, a move that put her on a historic path.

Using x-ray diffraction after joining the King’s College Biophysical Laboratory, she identified the helical shape of DNA molecules, laying a critical foundation for research that later determined that DNA was a double-helix polymer. Ultimately, Franklin didn’t receive credit for her discovery until after her death.

Henrietta Lacks – an African American woman – didn’t intend to change medical science, but she nonetheless did. When she began experiencing pain, she went to Johns Hopkins Hospital for help. She was diagnosed with cervical cancer. Without her knowledge, as part of her treatment, a biopsy and cell culture was performed.

Those cells were ultimately remarkable, having the ability to reproduce indefinitely. The cell line – referred to as HeLa cells – became the most prolific line in medical research, a contribution to science that Lacks wasn’t fully compensated for at any point during her life.

Ann Preston worked diligently to improve the medical field for women throughout her career, becoming the first female dean at a medical school in the United States. During her journey, she encountered numerous obstacles. After working as a temperance activist, where she developed an interest in medicine, she apprenticed with a local physician. However, when she applied to medical schools in 1847, she was repeatedly turned away.

It wasn’t until 1850 that Preston was able to further her formal education, becoming a member of the first class of the Female Medical College of Pennsylvania, a school she later served at as a professor. When the Philadelphia Medical Society banned women from training in clinics, she recruited a board to establish a hospital, the Women’s Hospital of Philadelphia, that would give women a place to hone their skills. By 1866, she became the dean of the Women’s Medical College of Pennsylvania.

Are You Looking for More Historical Pieces, Industry News, or Medical Research Insights?

As part of the medical research community, Vial understands the importance of not just staying informed regarding industry happenings but also sharing beneficial information that can help the sector thrive. Follow us on LinkedIn to stay up-to-date on everything going on in the world of medical research and clinical trials.

About Vial: Vial’s mission is to run clinical trials with faster execution and higher quality in order to bring new therapies to market. Vial has over 70 employees and is based in San Francisco, California. Vial partners with Dermatologists to support their research teams and has created a network of over 35 Dermatology clinics. The Vial network has contributed to over 150 trials for many of the leading sponsors in Dermatology having run trials across common Medical Dermatology indications (Atopic Dermatitis, Psoriasis, Vitiligo, Alopecia Areata, Rosacea, Hidradenitis Suppurativa, Prurigo Nodularis among others) as well as Aesthetic Dermatology indications. The clinic network runs trials from Phase I through Phase IV.