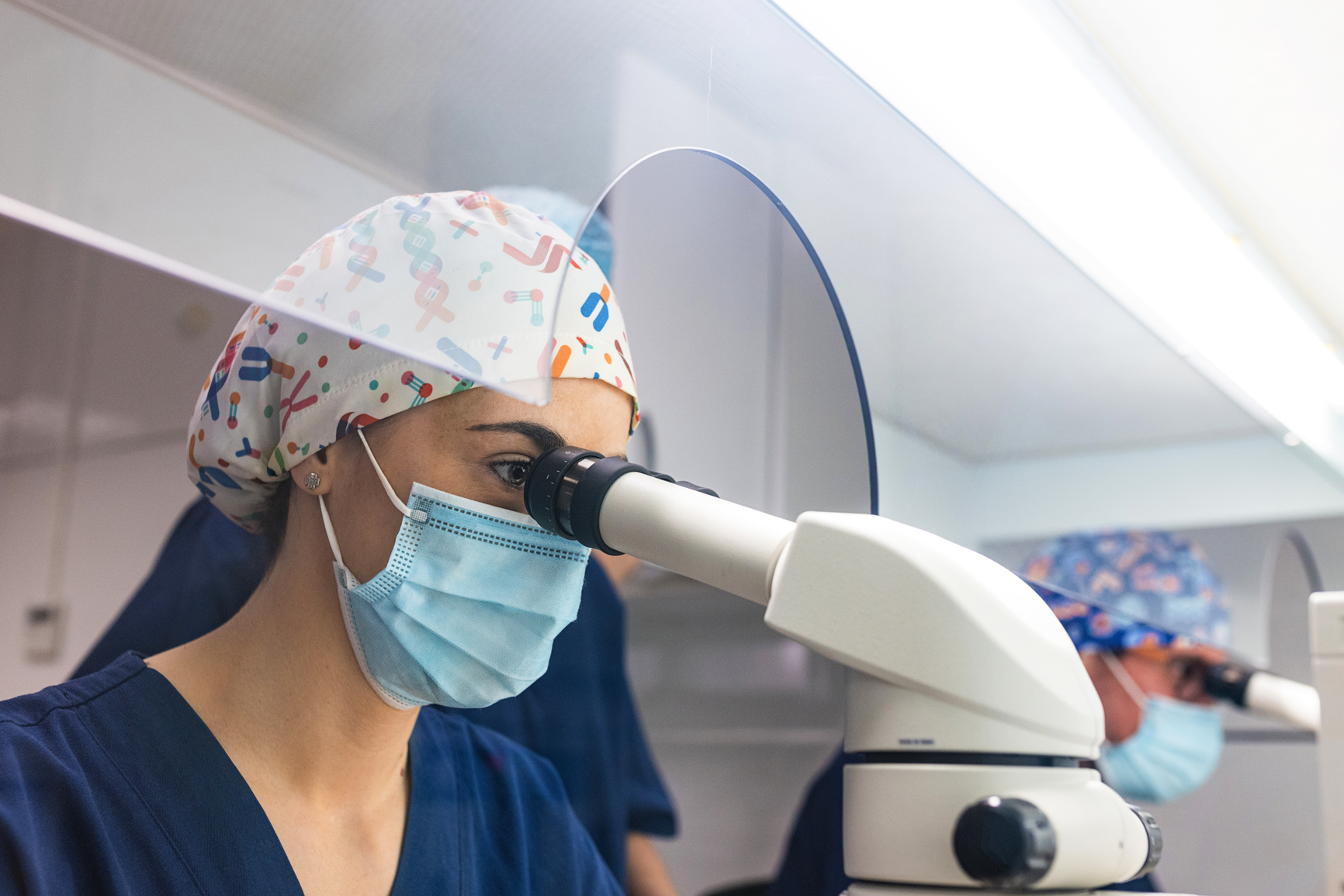 T-cell transfer therapy is a class of immunotherapy used to treat various cancers.

T-cell transfer therapy consists of two main subclasses: tumor-infiltrating lymphocytes (TIL) therapy and chimeric antigen receptor (CAR) T-cell therapy. Both methods consist of modifying T cells, a type of lymphocyte, outside of the body then administering these cells to the patient via infusion. The source of T cells can either be allogeneic when collected from a healthy donor or autologous when they are collected from the patient’s own body. The concentrated delivery of T lymphocytes boosts a patient’s immune system to target malignant cells more effectively.

In TIL therapy, the T cells grown for patients originate from the tumor itself as TILs are best equipped to recognize the cancerous cells. This approach has shown promise in treating melanoma, genitourinary carcinomas, and cholangiocarcinoma. In CAR T-cell therapy, T lymphocytes are genetically modified to express the CAR protein, which detects surface proteins unique to the tumor, before being multiplied in a lab.

Whereas TIL therapy is still in the experimental stages, six CAR T-cell therapies are currently approved by the US Food and Drug Administration (FDA).

In August 2017, tisagenlecleucel (Kymriah™) from Novartis Pharmaceuticals was the first gene therapy approved in the US. In July 2020 and October 2020, Kite Pharma received approval for brexucabtagene autoleucel (Tecartus™) and axicabtagene ciloeucel (Yescarta™), respectively. Idecabtagene vicleucel (Abecma™) from Celgene Corporation was approved in March 2021. Ciltacabtagene autoleucel (Carvykti™) was approved for Janssen Biotech in February 2022. Most recently, Juno Therapeutics received approval for lisocabtagene maraleucel (Breyanzi™) in June 2022.

The most common side effect of CAR T-cell therapy is cytokine release syndrome (CRS) where CAR T-cell proliferation causes high levels of signaling chemicals, known as cytokines, to be released in the blood. Excessive cytokine build-up stimulates the immune system and can lead to fever, difficulty breathing, hypotension, and death.

In addition, currently available techniques for cell processing are limited by their time-consuming nature, which presents difficulties for the high-quality, large-scale production needed for these promising cell therapies.

Natural killer (NK) cells are being adopted as a cancer therapeutics

Active NK cells act by releasing potent chemicals and enzymes to lyse malignant cells. Their innate antitumor function has prompted years of research into NK cell-based immunotherapy. Although early clinical trials have shown promise, NK therapy encounters challenges such as impaired activation against solid tumors and tumor evolution to evade NK cell activity. To overcome these limitations, there are ongoing investigations into CAR NK cell therapy as an alternative to CAR T therapy, improving tumor infiltration, and ex vivo and in vivo priming of NK cells for antitumor activity. NK-based immunotherapy is mainly being studied for the treatment of various hematological malignancies. Currently, these clinical trials are being led by hospitals globally and are still in early stages of development.

B lymphocytes are the primary drivers of humoral immunity. The interaction of T cells with a complex comprising of a naïve B cell and a foreign antigen is the most potent stimuli for B cell activation. Early research supported the potential of active antigen-presenting B cells to induce anti-tumor T cell activity when delivered in vivo. Although, the resulting T cell response was too weak to overcome the tumor’s growth signaling. Unlike with other APCs, a small amount of blood collected can provide much larger quantities of activated B cells, even in patients with lymphocytopenia. B lymphocytes have also been found to be relatively resistant to inhibition by tumor-related immunosuppressive signaling, however, further research is still required. Preclinical studies and the few available clinical trials have demonstrated promising efficacy evidence in some melanomas and lymphomas.

Cancer research has recently been shifting away from palliative approaches of reducing tumor burden and towards more curative solutions.

To date, CAR T therapy is comparatively the most successful class of cell-based cancer therapy available and in clinical development. However, many other treatments are emerging in the field of oncology. Similar to CAR T, T-cell receptor (TCR) therapy involves genetic modification of T cells to express TCR proteins, rather than CAR. Vaccines based on dendritic cells, another type of APC, are also in development, with sipoleucel-T (Provenge™) from Dendreon Pharmaceuticals having already been FDA-approved since April 2010.

Cancer therapies and the increasing need for more clinical trials

As our grasp of technology and oncology evolves, cell-based cancer therapies can only advance from the promising approaches we develop today, in turn increasing the demand for clinical trials. We’ve already seen a remarkable increase in the numbers of treated patients as novel therapies move into the clinic, and these numbers are expected to continue to grow as the pandemic eases. In the U.S. alone, we have seen 83 unique new cancer medicines launched in the past five years, and a remarkable 159 novel drug candidates launched since 2012. The general public and the FDA are also becoming more aligned with the concept of accelerated drug approval, through paths such as orphan drug or breakthrough designations. This has allowed for an unheard of patent submission to drug approval timelines of less than five year. Vial is setup to support these faster, more complex clinical trial designs through its tech-enabled CRO built to eliminate clinical trial pain points for faster execution and higher-quality trials.

To learn more about the clinical trials industry and the latest therapeutics, follow Vial on LinkedIn!